First ever published Quantel art in the Micro Arts Group Magazine, 1984. This prior to Adrian Wilson (see Interview) and David Hockney’s BBC series.

“For my master courses in Fine Arts, I have worked with Sonia Sheridan and Greg Gundlach, generative systems, Arts and Science. They exhibited their works in the Musée de la Ville de Paris, au Trocadéro, in 1983-84.

I was the only one who spoke English and wanted to play with it ! Did I play! long hours until late at night, days after days… I burned my eyes on it… Later came Quark Xpress, for the text, Adobe Illustrator and Photoshop. Brilliant experiences.” Michèle Gauthier Carr-Brown, Paris, 2019 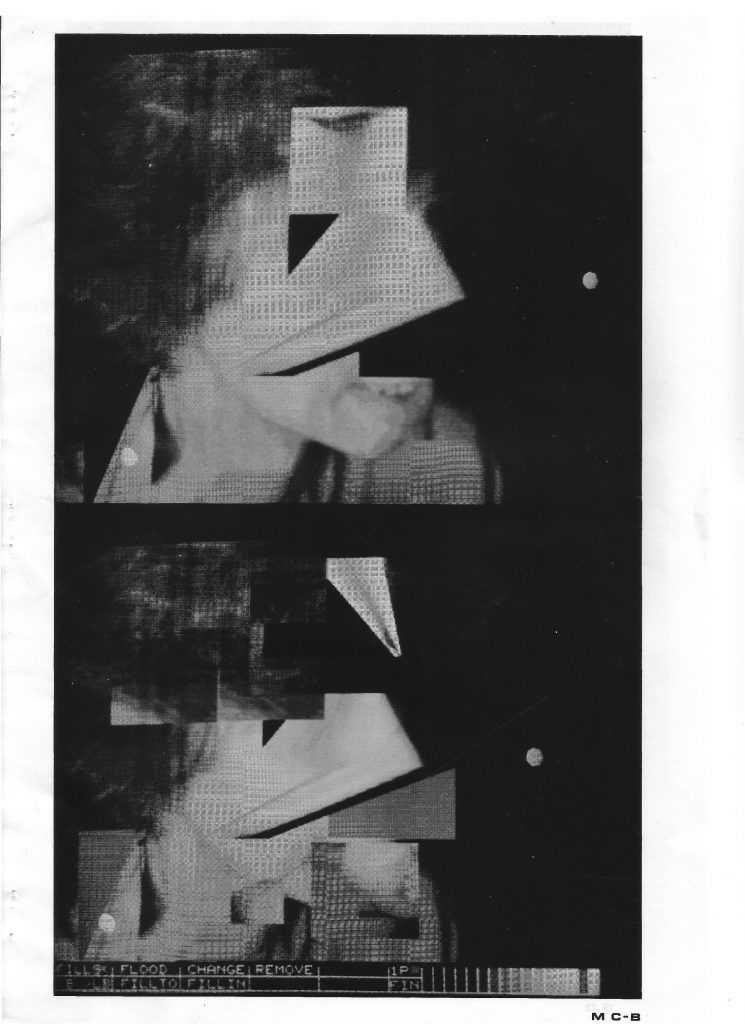 Above: Images in the Micro Arts Magazine 1984.